(En) Beijing Museum of Natural History grew out of the preparation department of National Central Museum of Natural History founded in 1951. Beijing Museum of Natural History was formally named in 1962. Being the first large-scale museum of natural history founded on our own strength after new China was established, the museum bears three main functions: the specimen collection, the academic research and the science popularization of paleontology, zoology, botany and anthropology. The museum today boasts its rich collections, high-level research and ever-enlarging exhibitions. It has been one of a few museums of natural history in China and named as National Youth Science and Technology Education Base. 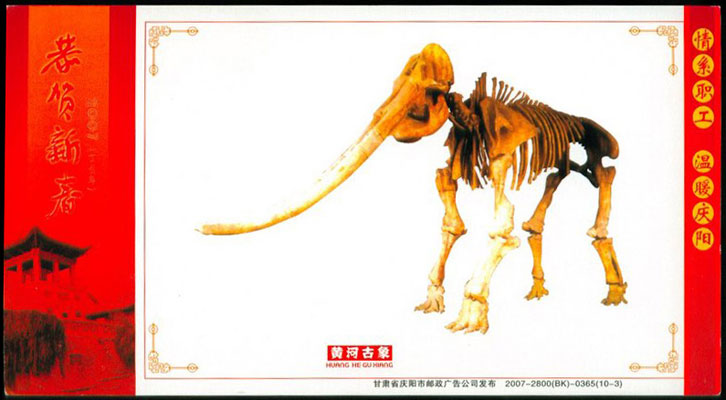 [In 1973, several farmers found some pure white ivories when they were digging the sand in Gansu Province of western China. Hardly had they found it, they reported it to the local government. Under the guidance of local government, the whole fossil was dug out completely: It was the skeleton of an elephant, agley inserted in the sand with foot treading on stones.
This fossil is named as "Yellow River Elephant". It is 4 meters high and 8 meters long. Because the elephant is armed with sword-like ivories as long as 2 meters, so it is also called "Sword-ivory Elephant". Sword-ivory elephants were spread widely million years ago and their fossils were discovered in foreign countries as well. This set of skeleton fossil is the most integral one among all the skeletons of sword-ivory elephant fond around the world.
It is supposed that, 3 million years ago, the Gansu region was not as dry as present condition and was distributed with rivers and lakes everywhere. One day, a sword-ivory elephant missed its step and mired down in mud when it was drinking by the river. With the passing of time, waste accumulation got thicker and thicker. As a result, its skeleton was completely preserved. Because the region was uplifted and became high plateau after complicated geologic succession, the "Yellow River Elephant" was finally released from under earth.
The fossil of "Yellow River Elephant" is not only precious material for research of ancient geography and geologic climate of Gansu region but also important harvest of excavation of ancient extinct life in China. Since it is best known in China, even Chinese teaching material of elementary school contains a piece of text telling the story of "Yellow River Elephant". The fossil of "Yellow River Elephant" is on exhibition in the hall of ancient extinct life of Beijing Nature Museum. http://www1.chinaculture.org/library/2008-01/07/content_21169.htm]